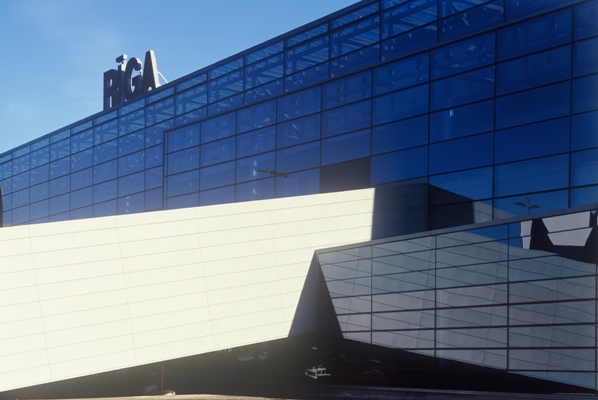 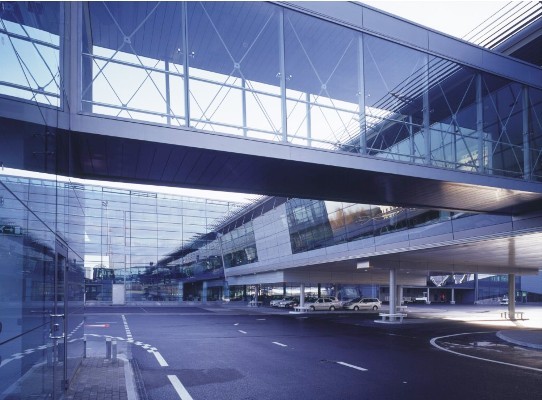 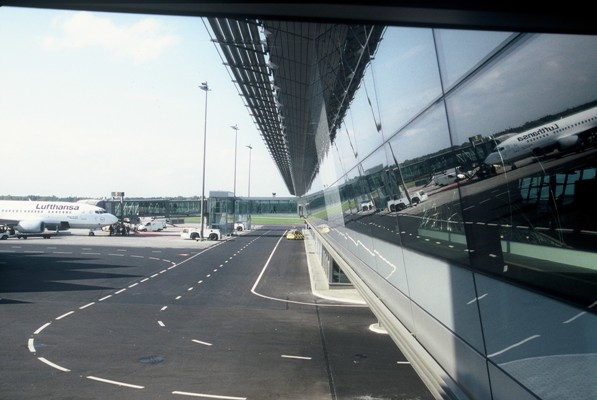 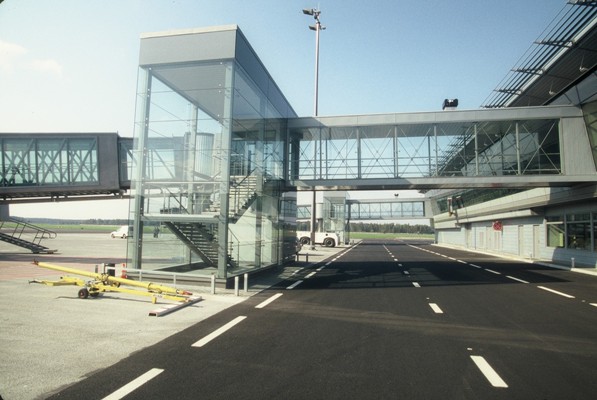 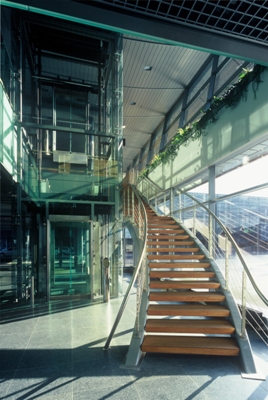 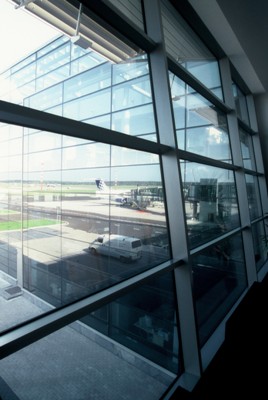 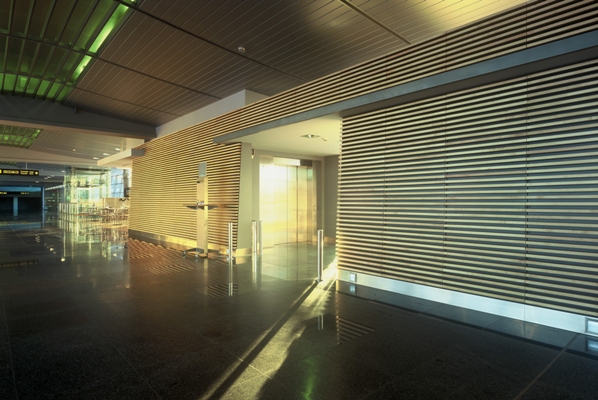 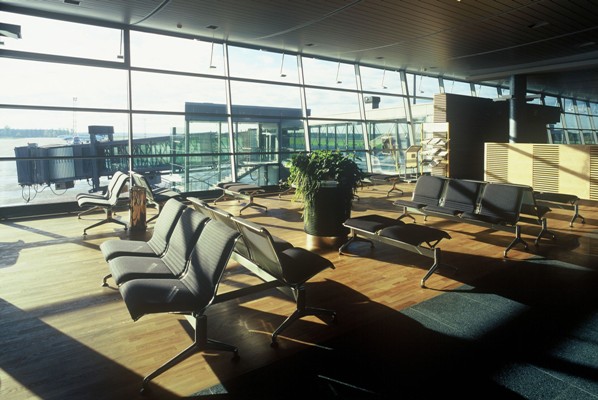 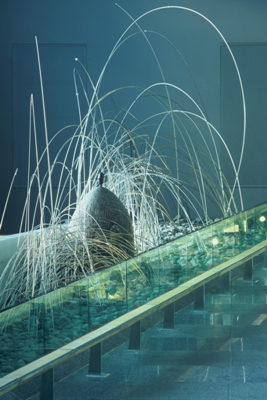 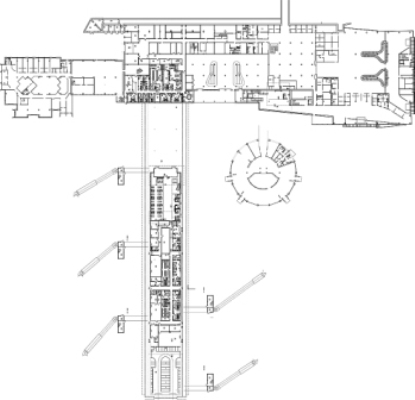 Modern airports are the symbols of a country’s progress, development and economic power. The architects task is to give the passenger hope of something good.The new departure terminal is a supplement and extension of existing building of the airport . General appearance is the openness of the building. The ability to admit an abundance of the light represents the main quality of the new structure. The passenger bridges are fully transparent. The new pier which is approximetly 160x18,5 m is connected with five apron bridges serving up to four type C aircraft’s and one type D aircraft at one time.The pier is constructed as a two-storey building with offices and technical rooms on the first floor and departing/arriving passengers on the second floor. The building and boarding bridges is proposed with a light facade structure in glass which allow the passengers to follow the ground traffic at the airport and open for the natural daylight coming into the building. The existing terminal is refurbished to a great extension comprising new extension of the facade towards West and finished with glass as for the new pier, new shopping areas, extension of the lounge. Author — Projektēšanas birojs Arhis, SIA/ Kronbergs, Kārkliņš un partneri, SIA Architects – Arhis, arh. A. Kronbergs, V. Uzors, I. Kalvelis, G. Kilevics, B. Bula,„Kronbergs, Kārkliņš un partneri”,arh. I. Kārkliņa Team: I. Pakalnina, stud. arh. R. Saulitis, tehn. arh. S. Ozola, stud. arh. B. Viškere, N. Saulespurēna, Z. Skrūzkalne, V. Orlova .Client – International Airport Riga, Design/Construction 1999/2001